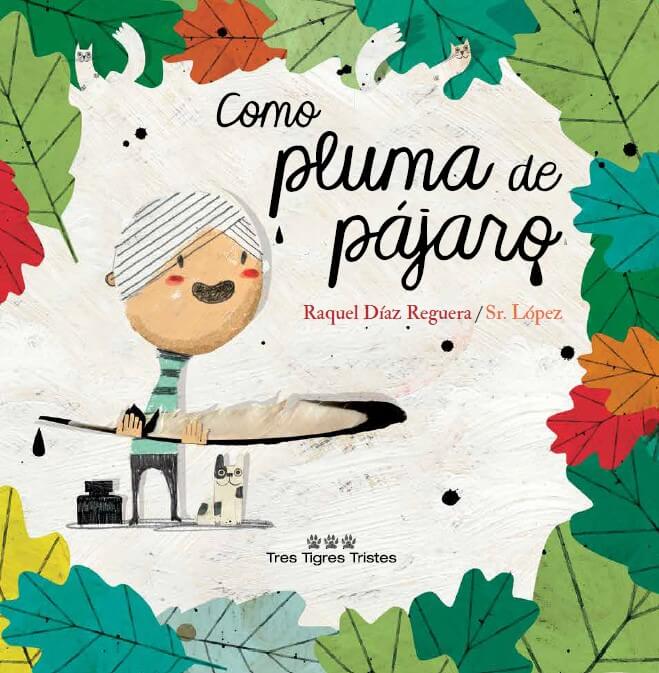 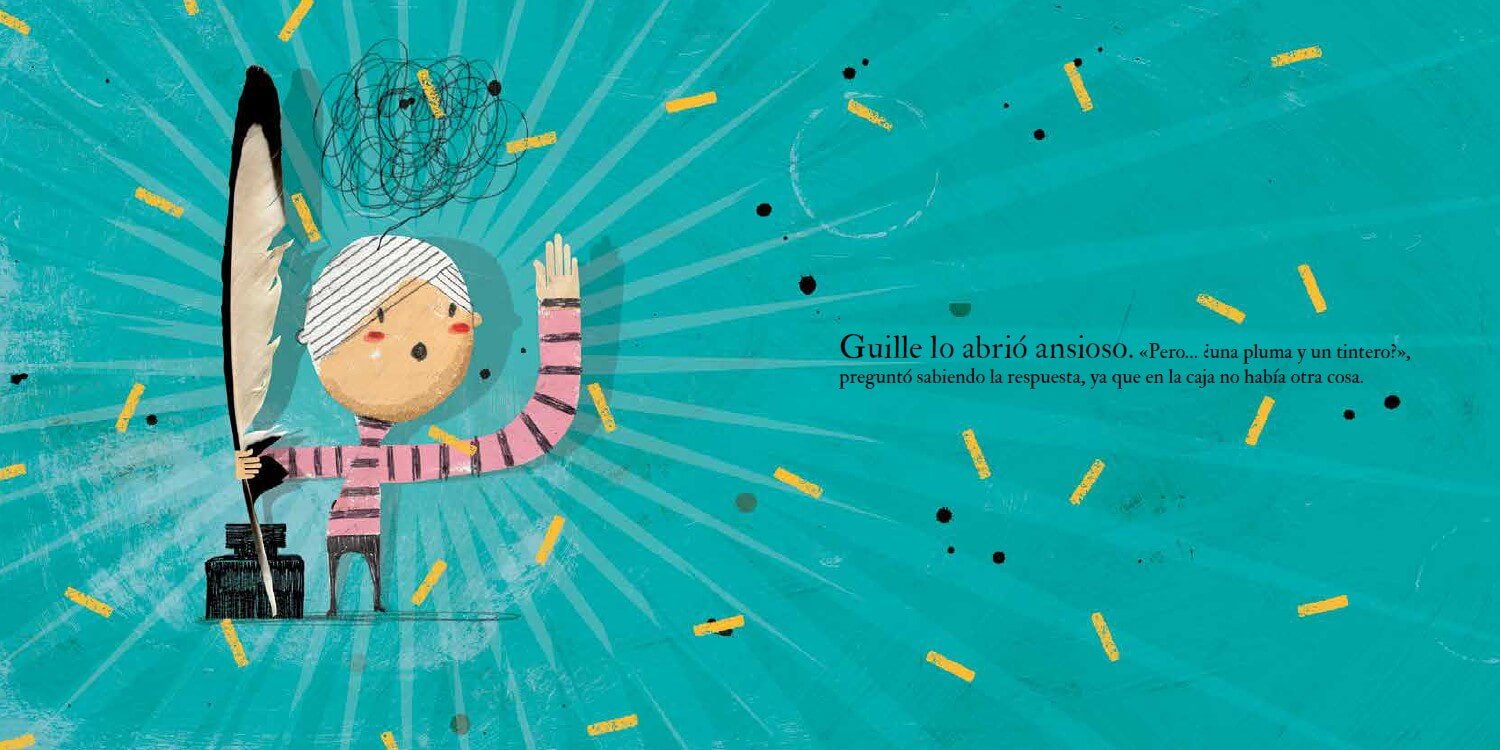 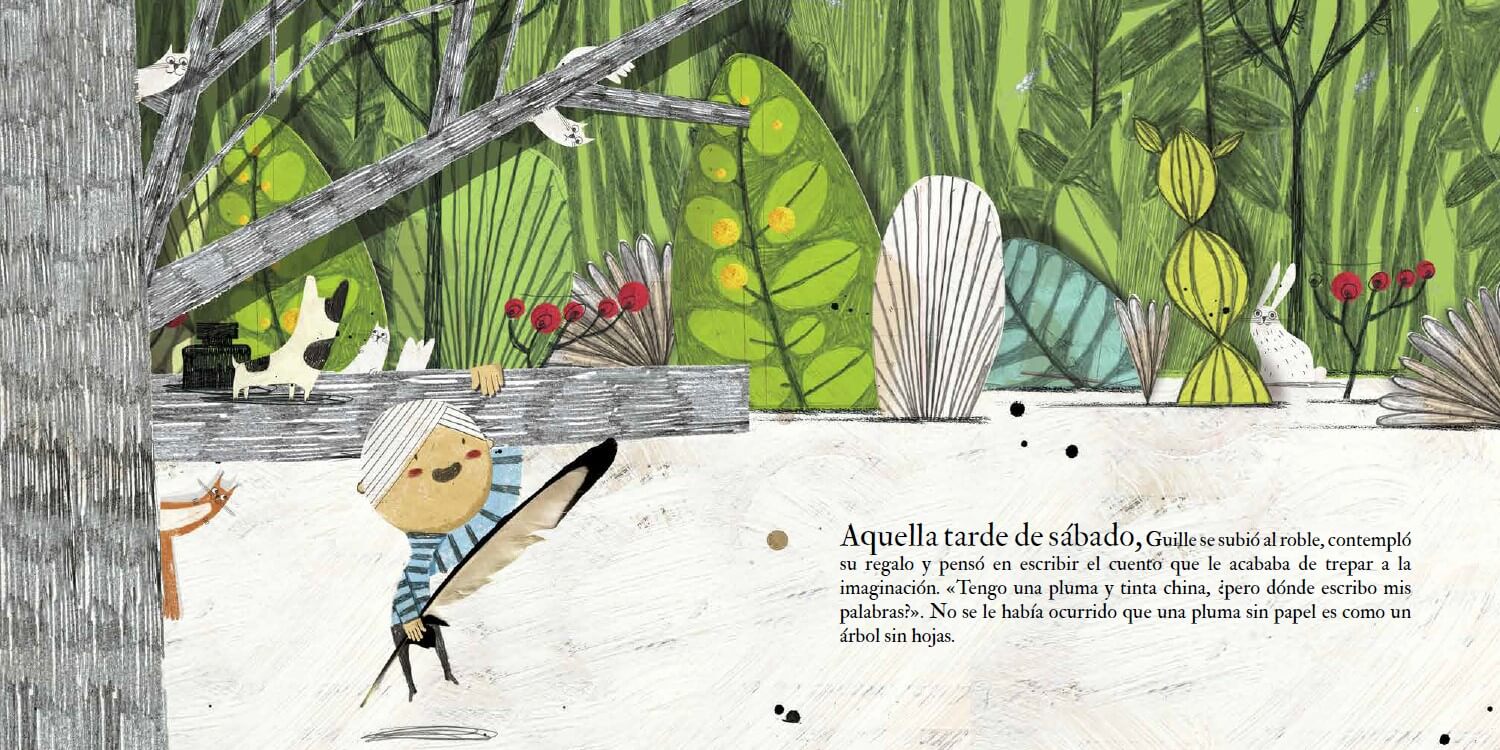 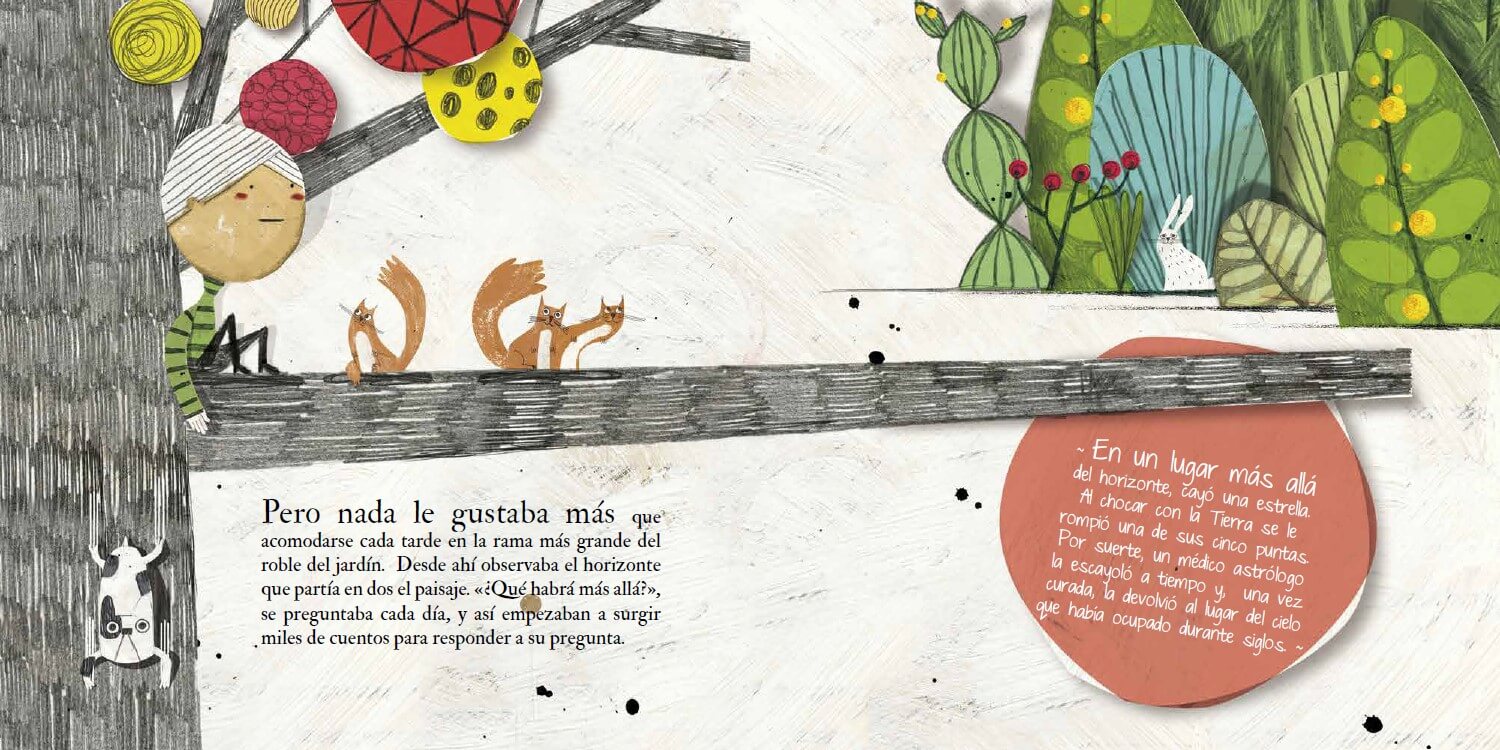 Today is William’s birthday and, in the little blue box his dad gives him as a present, he finds a fountain pen. But what is he supposed to do with it? The little boy wanted a bird’s feather, one that could travel around the world and with which he could write all the stories he likes to make up. “But this pen can also travel around the world. With it, you’ll be able to put down all the stories you want and they’ll never get lost in your head. Once on paper, they’ll be flying the way tales fly in words” dad says. It is the dawn of spring and William’s mind flourishes with ideas but where is he to write all those stories? Then, one morning, his eyes fix upon the big oak in his garden, bourgeoning with its first leaves. As seasons pass by, he writes and writes incessantly on the tree’s leaves and as autumn eventually arrives, his dream of seeing his stories flying  everywhere might just be about to come true. The Spanish jacket (on the backside) allows children to write their own stories, about the objects showed.