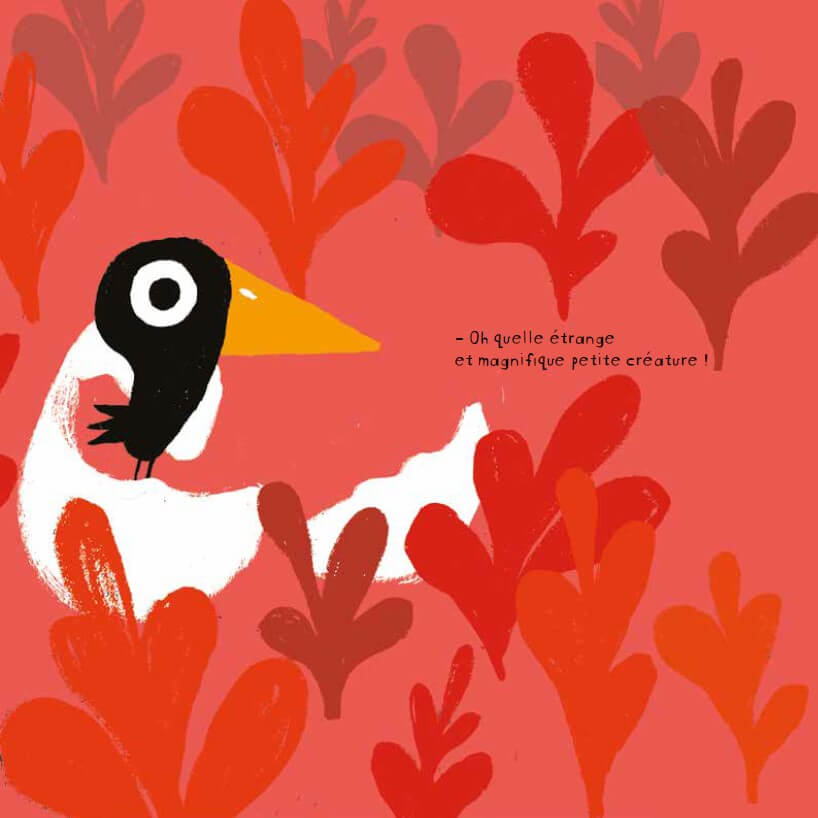 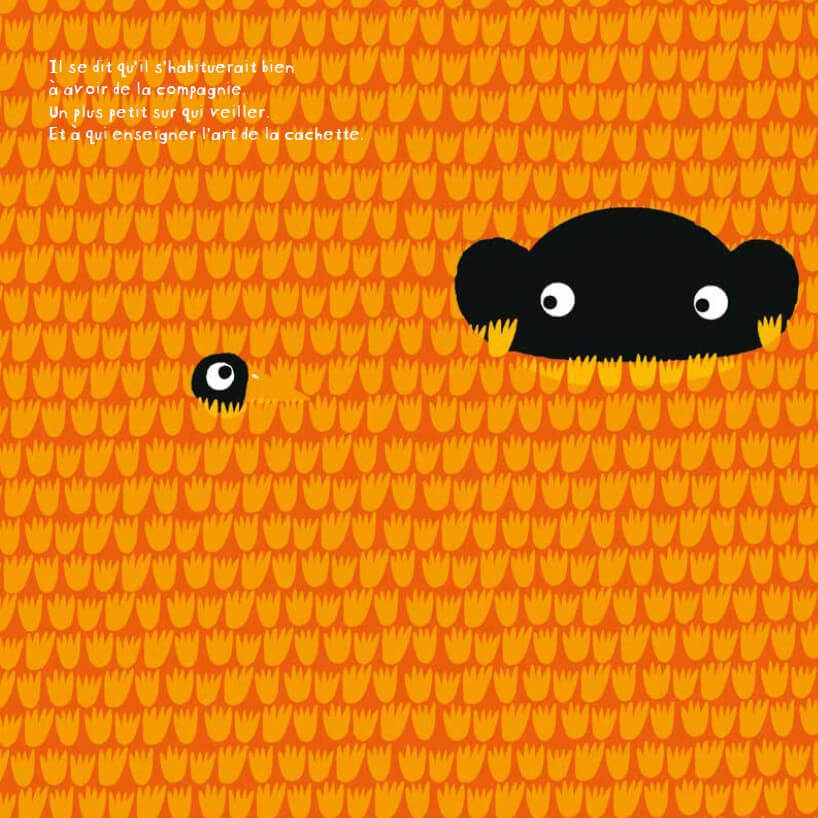 Edmond prefers to live alone and hidden, until he, one day, finds an egg as white as he’s black. Unable to find who it belongs to, he decides to adopt and nest  it. As the egg cracks and the most precious nestling comes out of it, he feels like he’ll  never be alone again. But then, little bird reunites with its mum, leaving him heartbroken. That is counting withough the incredible bound that unites them forever. Other titles from the author/illustrator: It’s so difficult, The day I became a bird,  How to put a whale in your suitcase, Once upon a time, Shadow, Colossus, Penelope in the sea, The story of the black rabbit, Dance, A piece of the sea, Another country, I am the wolf!, The last tree, 5 flies and a trumpet , Me Albert, the book hater, Super heroes do not exist, Parco, The lighthouse , An island