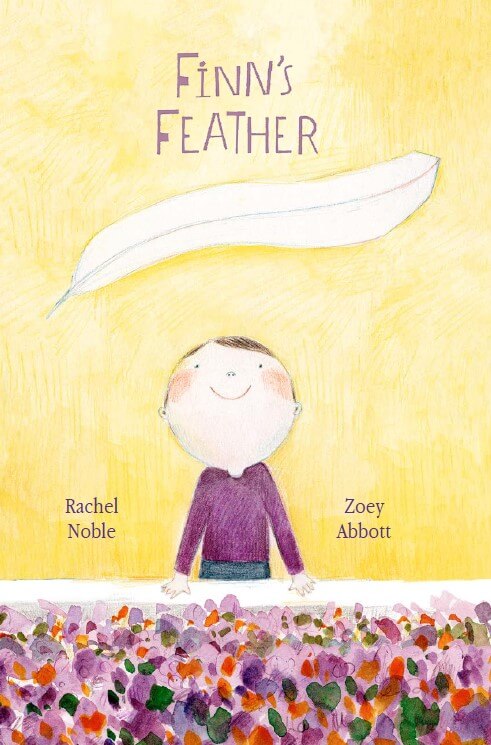 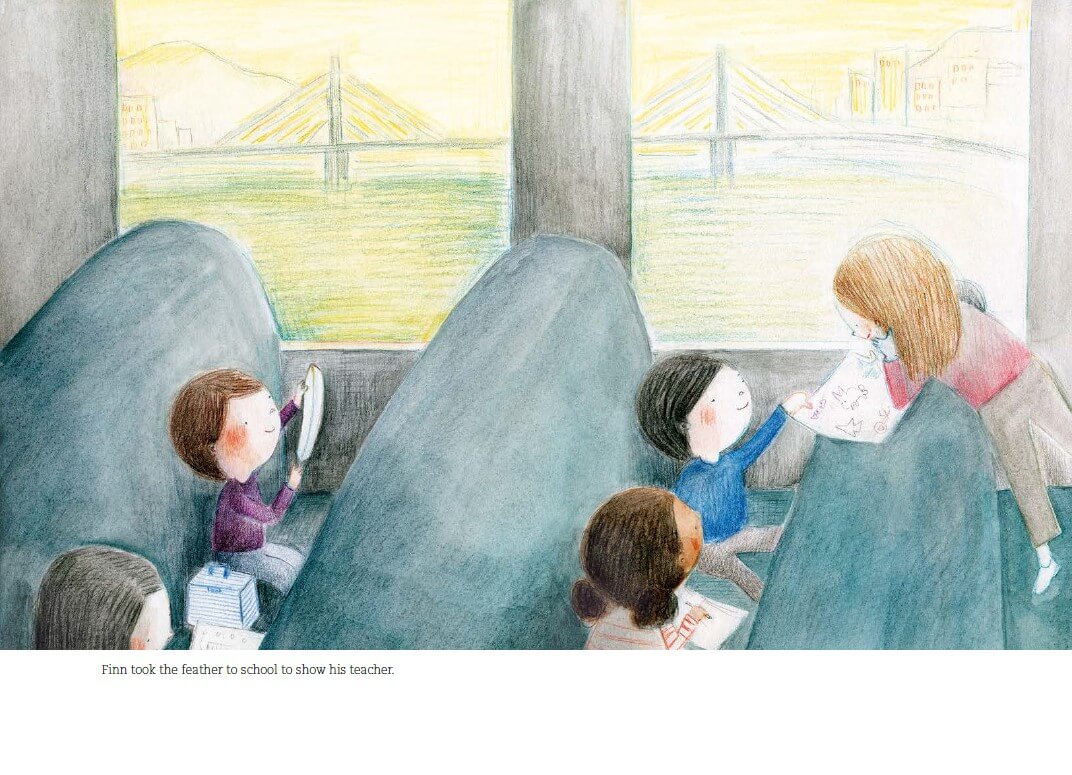 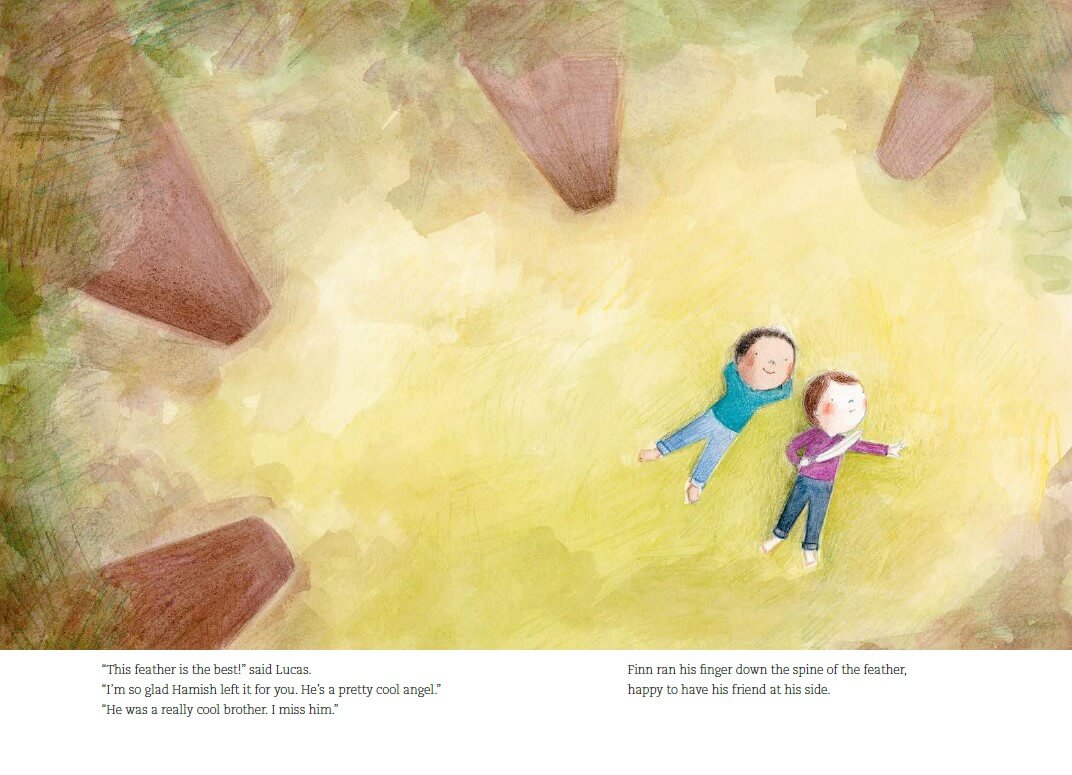 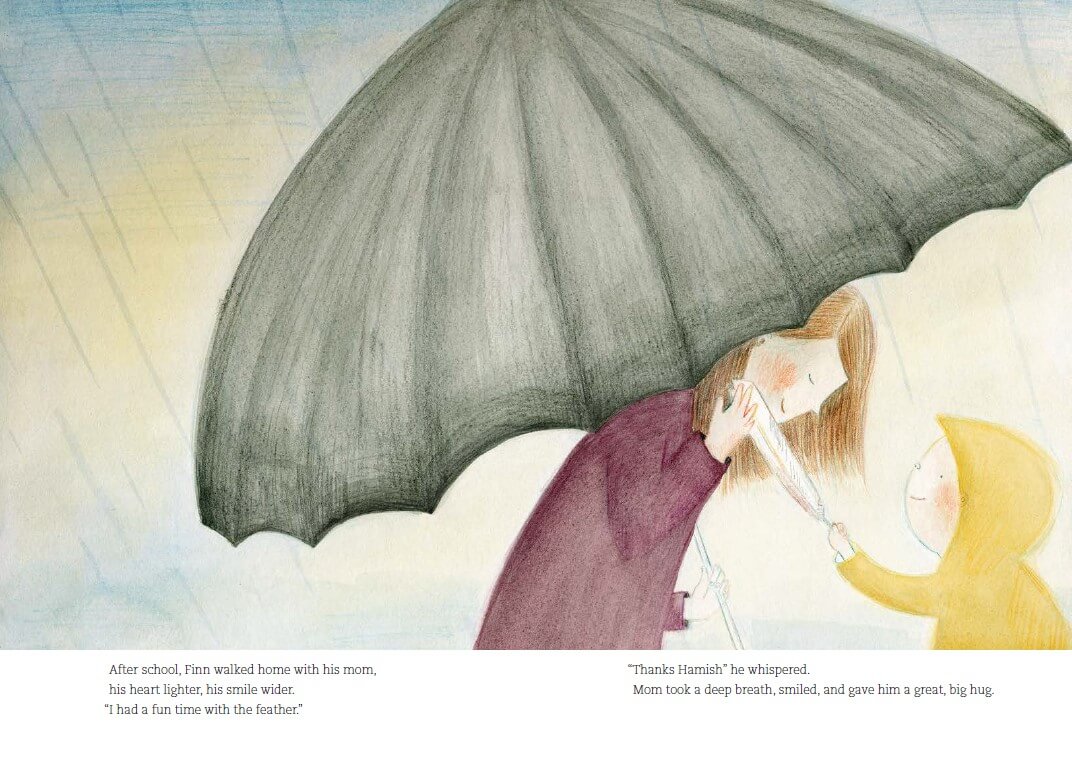 Finn runs to show his mother the feather left for him by his brother Hamish, who is now an angel, but she only gives him a big hug. In school, Finn’s teacher responds similarly. Why isn’t anyone as excited as he is? Finn sits quietly, cradling the beautiful, amazing feather. “Why did Hamish give it to you?” asks his friend. “Maybe he wanted to say hi?” wonders Finn. “Maybe,” his friend replies, mischief sparkling in his eyes, “Hamish wanted you to have fun with it.” Finn’s Feather, beautifully illustrated by Zoey Abbot, is a story of love, loss, memory, and presence. It was written by Rachel Nobel following the loss of her son in 2012. This marks the author’s and illustrator’s debut into the world of picture books