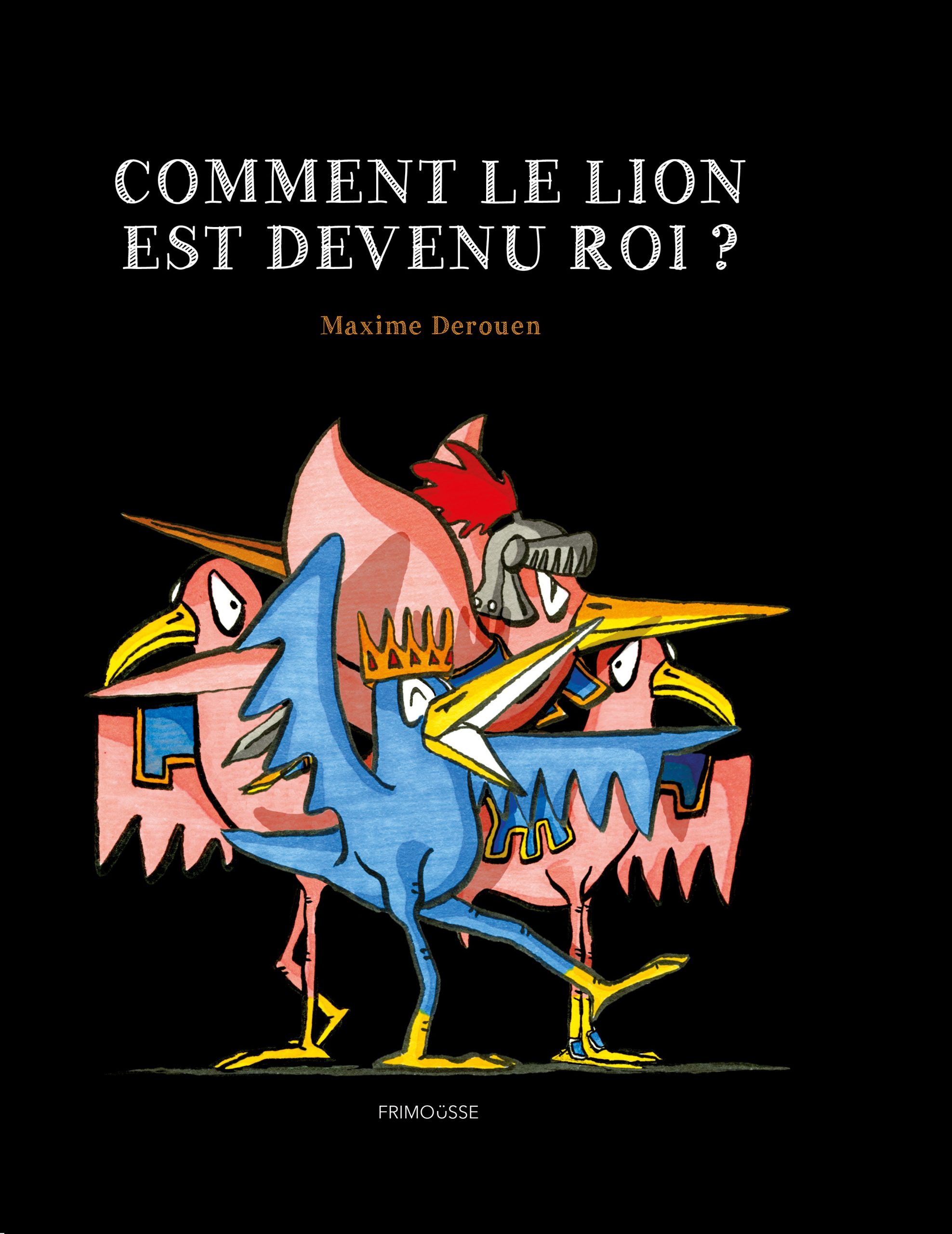 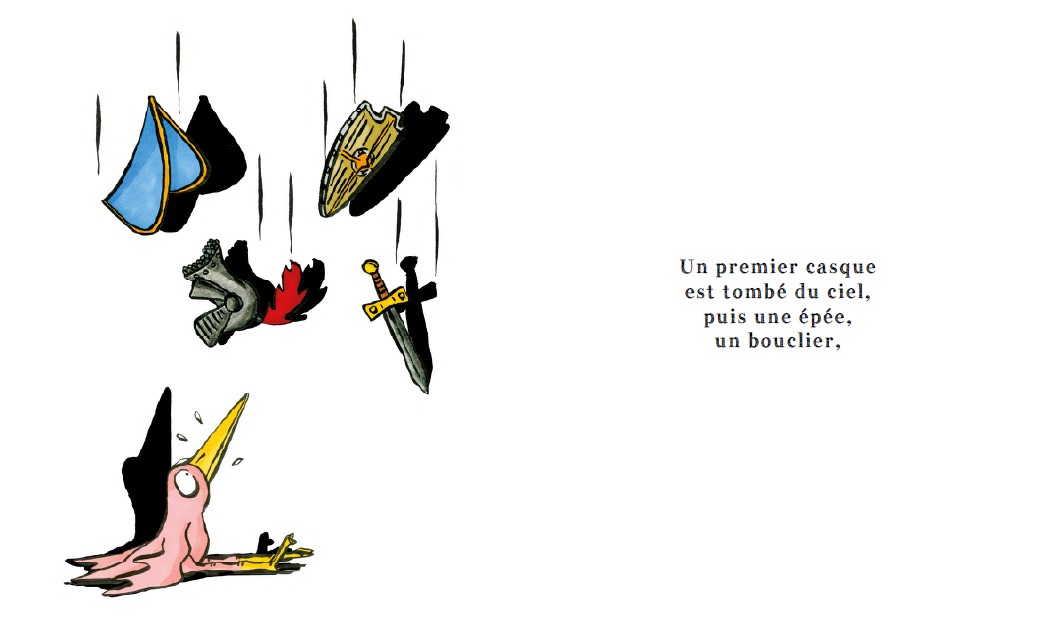 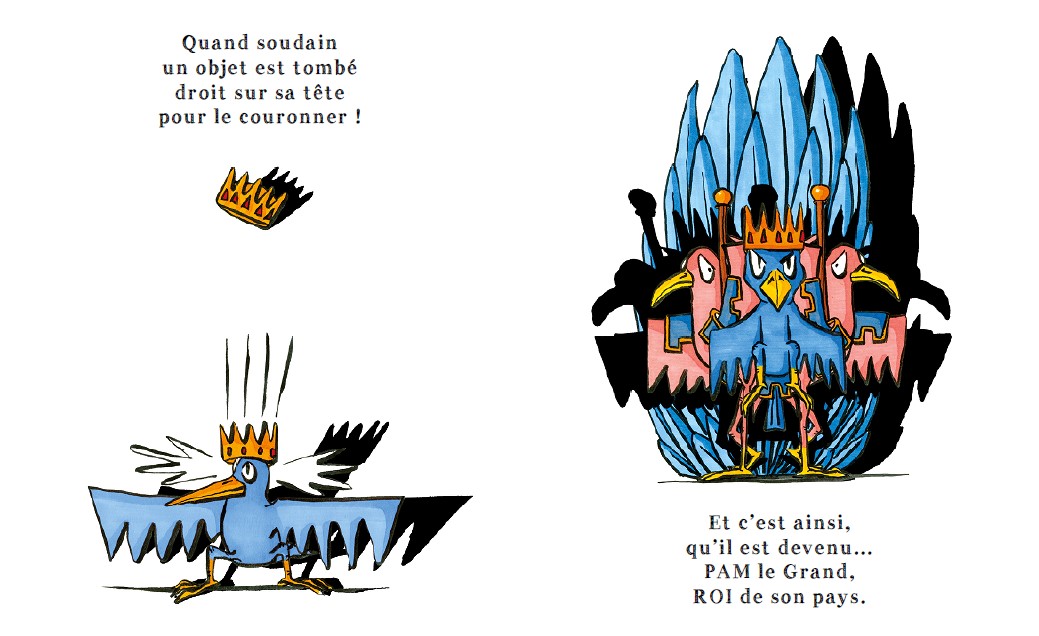 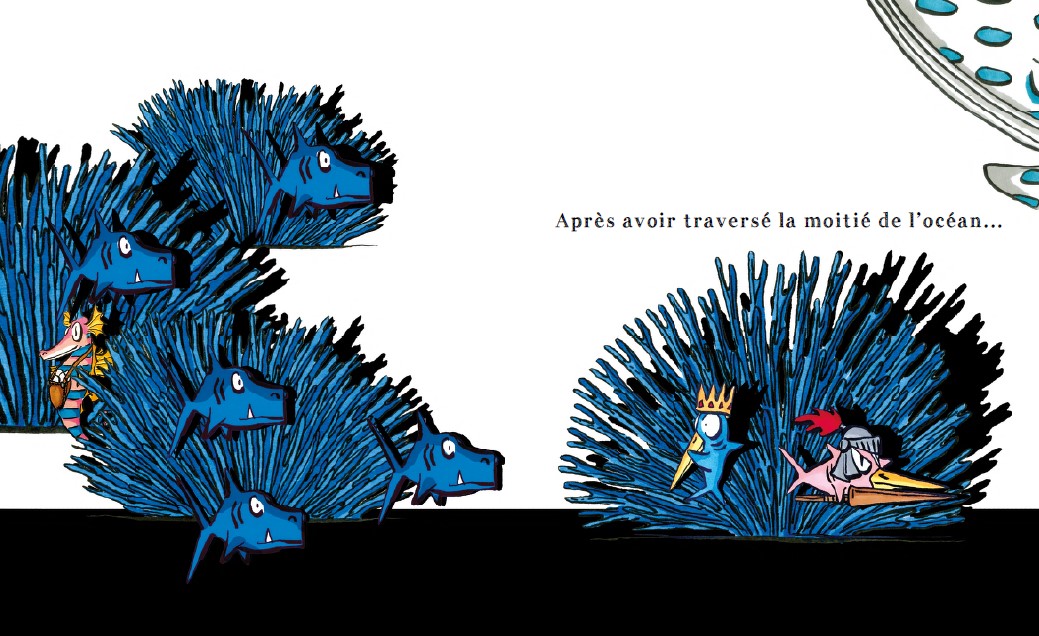 HOW THE LION BECAME KING

It came out of nowhere…While Pim was lazing around, a helmet, a sword, a shield, a lance, an armour fell on him and he became a knight overnight. Brave Knight Pim to be precise. When he meets his old friend Pam, this one tells him the same happened to him, with a crown. That’s how he became Pam the Great. And so, the two take the road for many adventures! Until their encounter with a wizard complicates things and they find themselves prisoners in the big Ocean. After many efforts to regain their freedom, they face again their responsibilities as knife and king. But the two friends long for their past lives, doing nothing. So, they decide to take action…and this is how a lion, who was peacefully sleeping very far away from there, saw a helmet, a sword, a shield, a lance, an armour and a crown falling on him from the sky and became… the king!