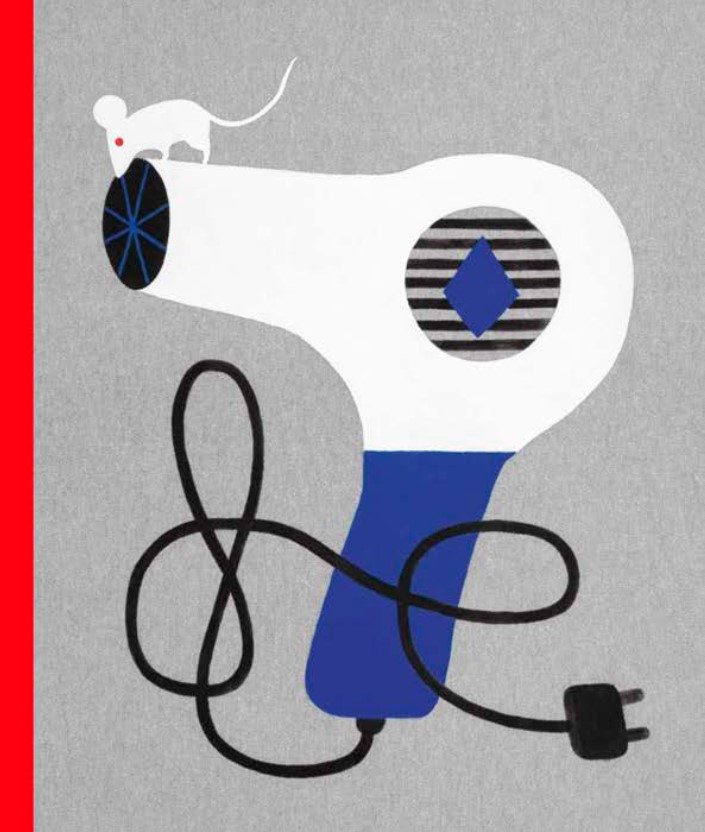 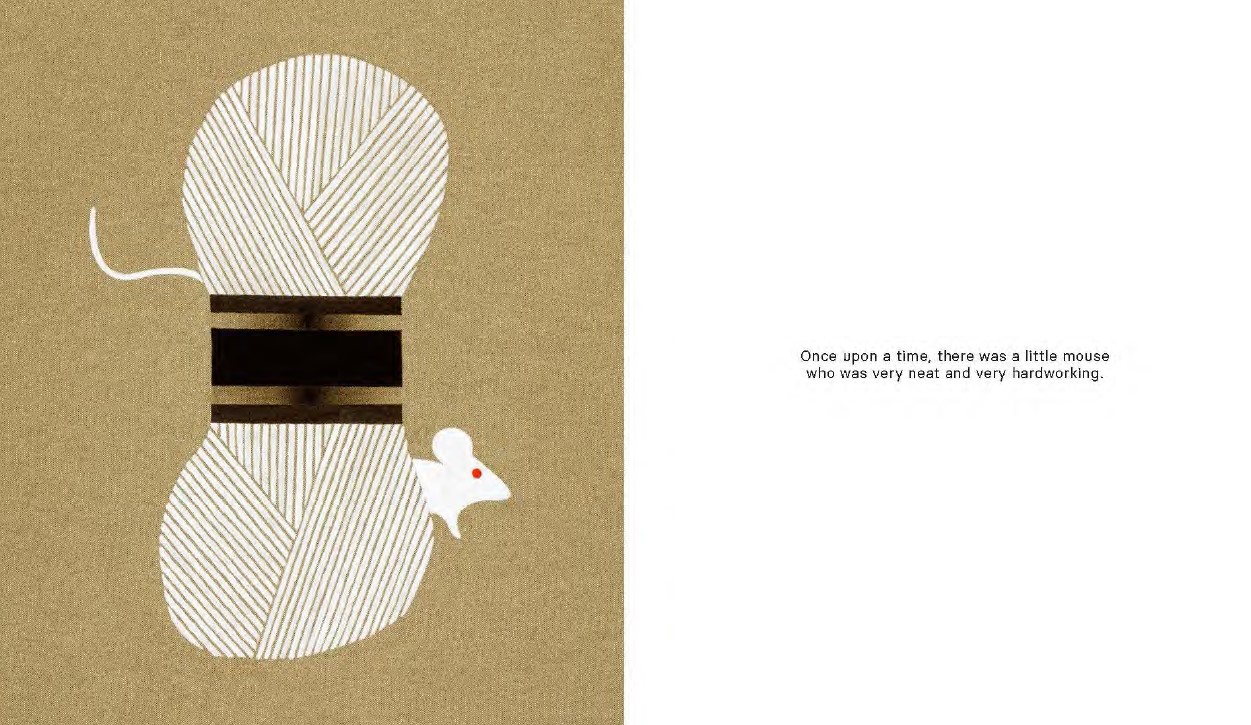 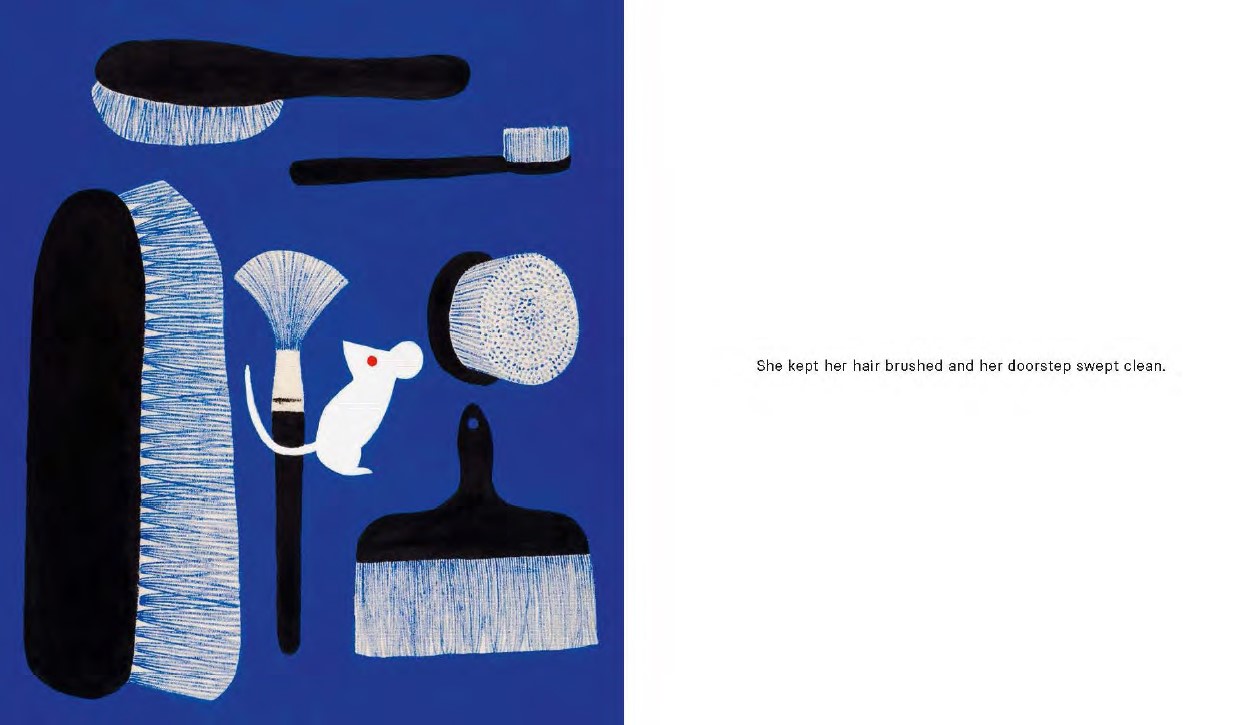 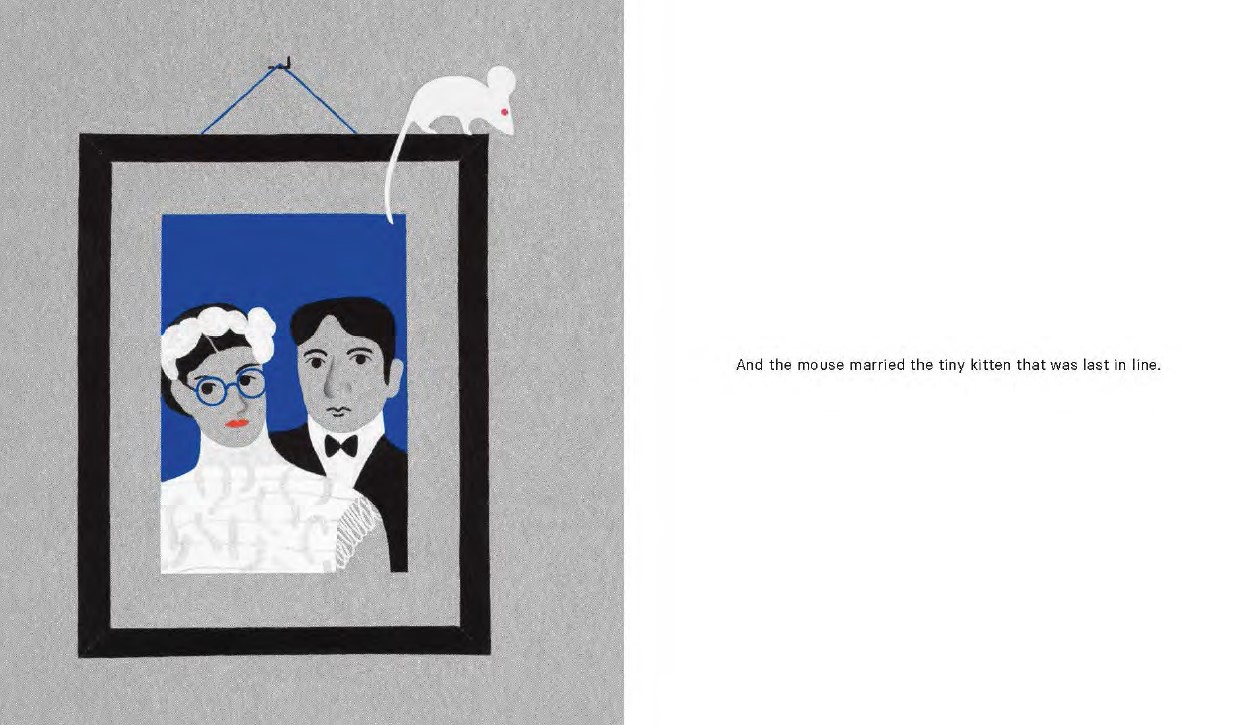 THE TRUE STORY OF A MOUSE WHO NEVER ASKED FOR IT

What comes to swallow us up? Here, an old Spanish folktale about a mouse and her cat husband puts a lens onto the process whereby women lose and reclaim themselves. The story opens with a mouse, very fastidious and hard-working, who, after finding a shiny coin, builds herself a home out of leaves of cabbage. In disbelief that she has a house but isn’t yet a wife, an array of animal suitors each make their appeal for her hand. Judging each by his ability to carry a tune, she turns them all down, until a pack of kittens arrives. Convinced by their sweet meows, she agrees to marry the smallest and most harmless of the bunch. Yet, as kittens do, he quickly grows into a cat, and consistent with his nature, devours his mouse-wife. That is the end of the folktale, but what follows here is a silent visual coda that carries the story into a whole new realm of meaning and interpretation.

This text is brought to life by Violeta Lópiz, one of the illustrators of Enchanted Lion’s acclaimed title The Forest and a visionary artist of picture-book construction and composition. After years of searching for a suitable approach, Lópiz ultimately arrived at a striking and complex visual language in a distinctive color palette of grayscale, blacks, reds, and blues that shows a magnified view of the mouse, and later, the cat, interacting with different household objects. These objects take on the roles of various settings, characters, and conceptual symbols, challenging readers to look closer in order to interpret the meaning arising from text and image together. This singular picture book is the first under Enchanted Lion’s Unruly imprint. With its feminist themes, braided narrative, and complex visuals, The True Story of a Mouse Who Never Asked for It stakes itself as an exploration and conversation between word and image that exists beyond the category of children’s picture book. Rights sold in France, Spain & Korea