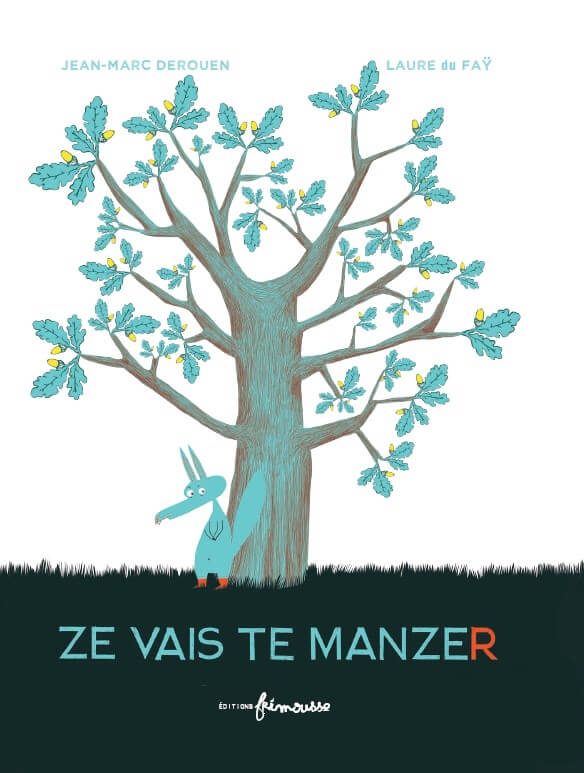 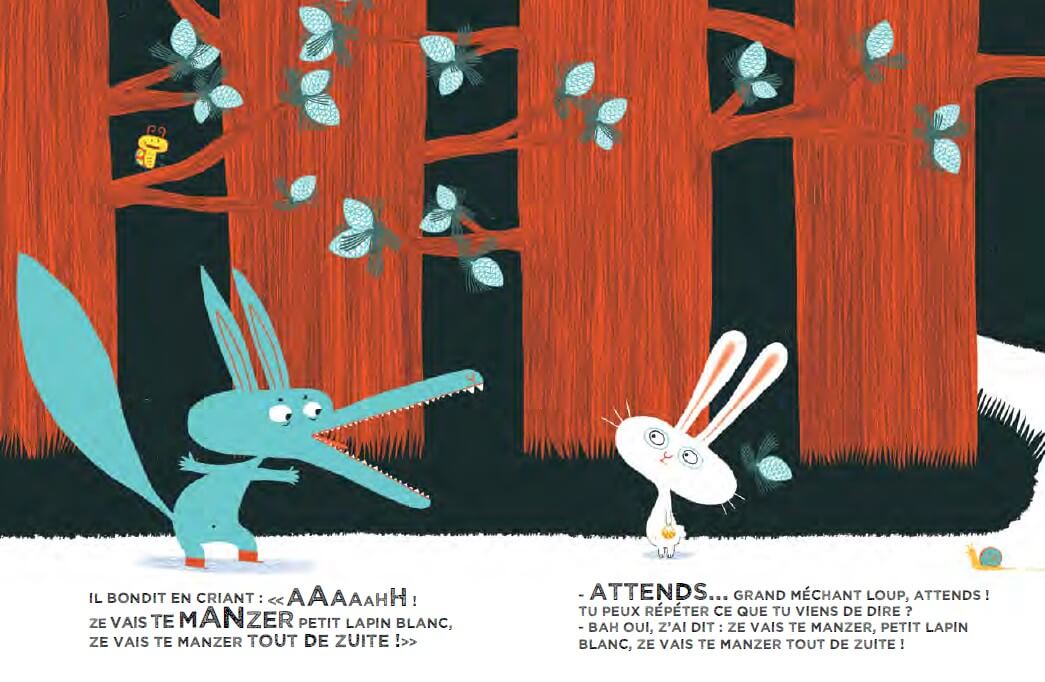 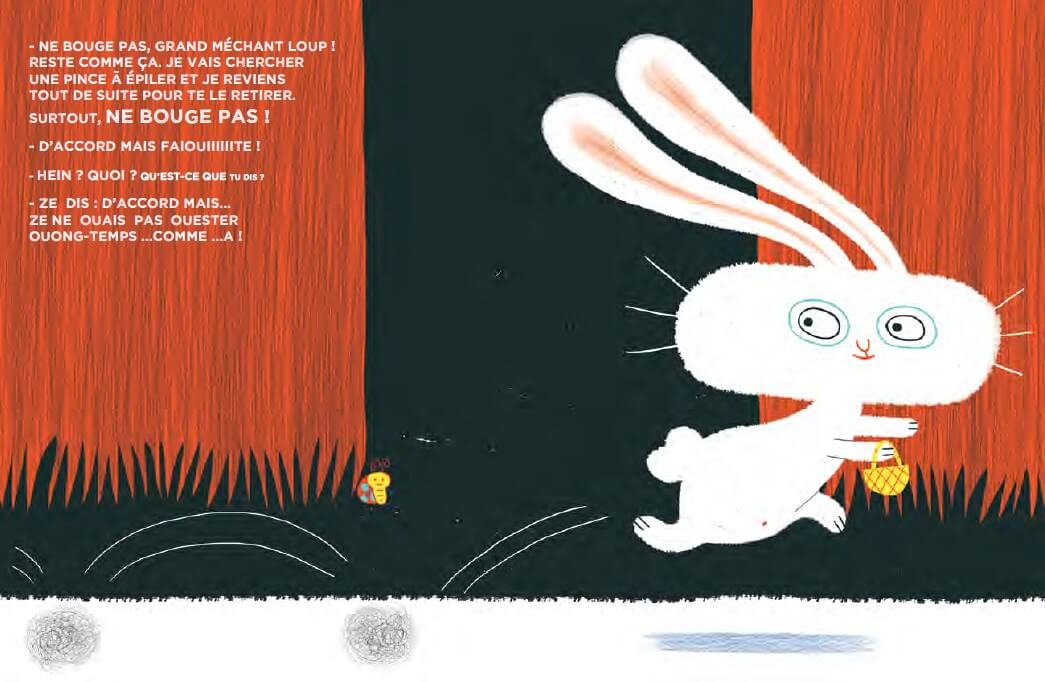 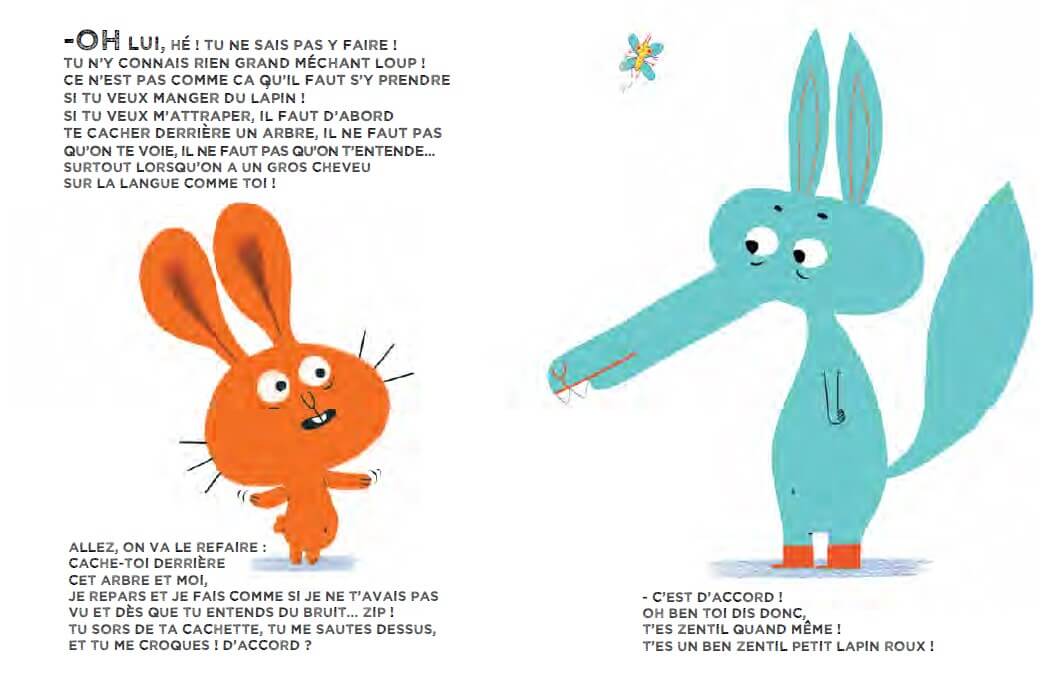 Being a lisping wolf if not easy! Every time Big Bad Wolf tries to catch a rabbit for dinner, he seems to miserably fail. Little White Rabbit fools him by telling him he needs to go and get tweezers to take the unwanted hair from his tongue and Red-haired Rabbit escapes his fangs, pretending to teach him how to successfully catch his prey.  Enough is enough for Big Bad Wolf! When he catches sight of his next prey, he decides nothing is going to stop him this time! Unfortunately, as he crunches into his victim, he realizes this is not a rabbit….but a Big Red-haired Bear!