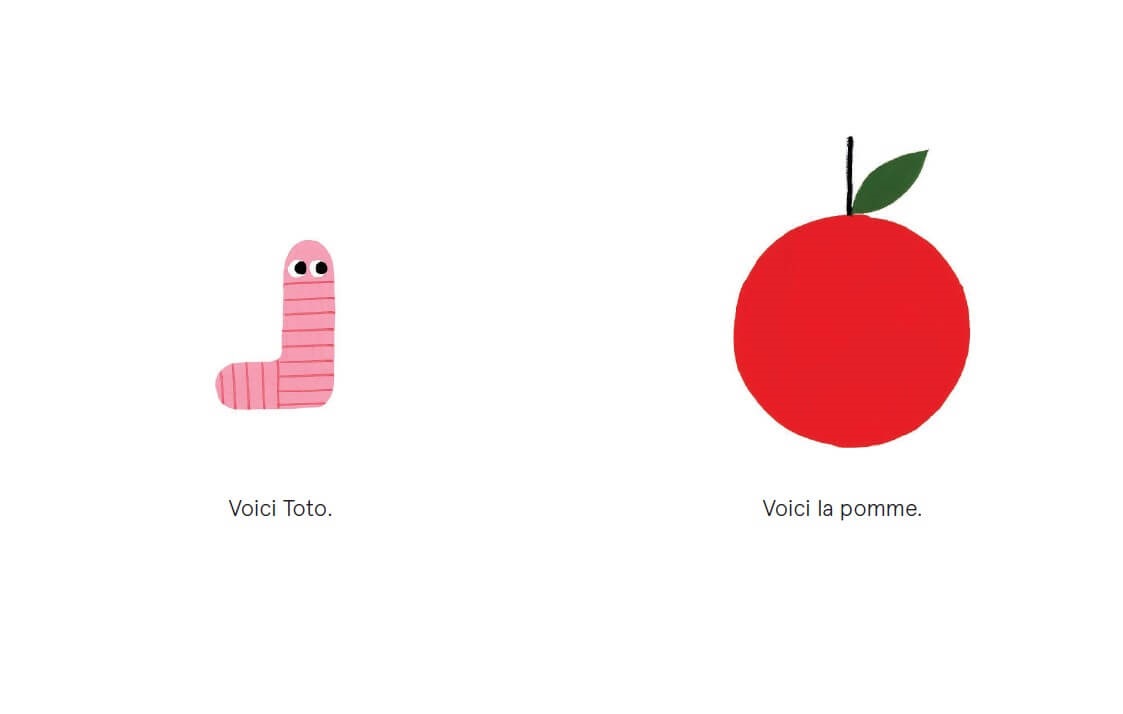 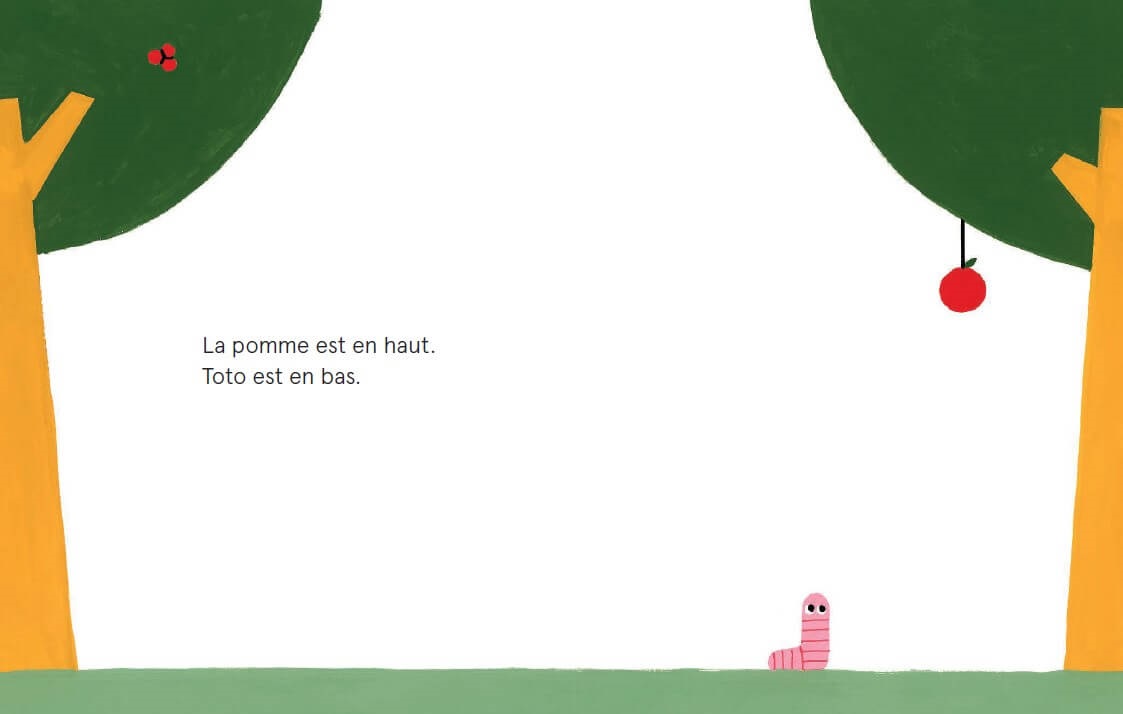 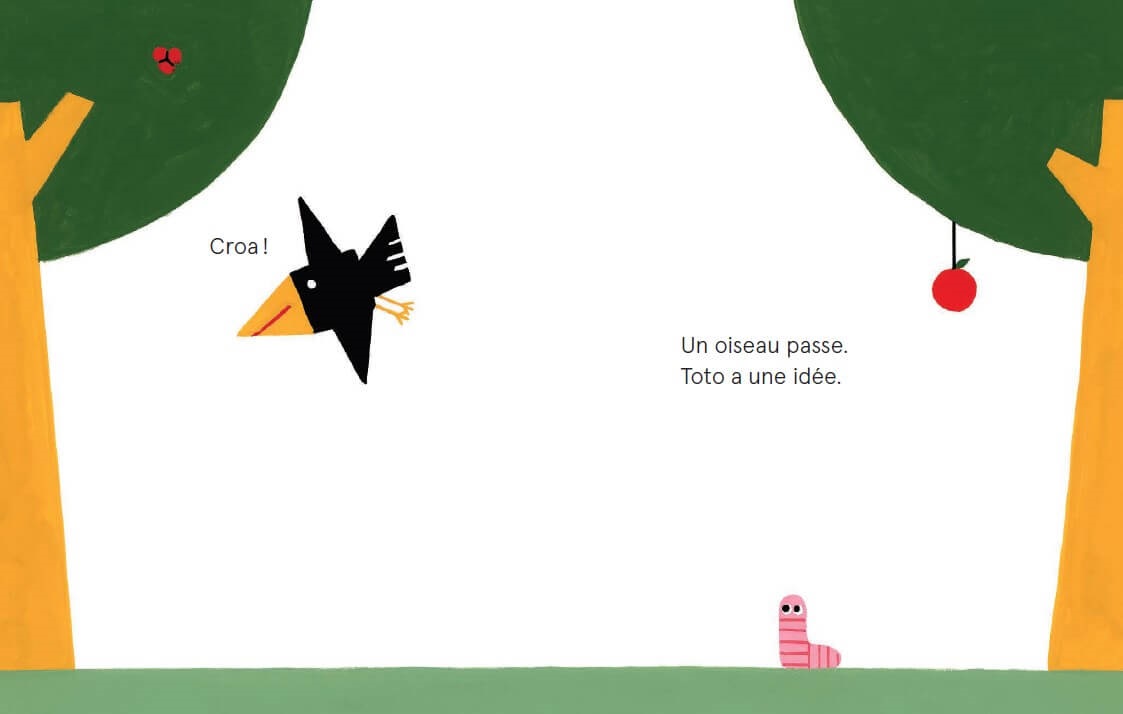 Toto the worm, loves to eat! And when he has put his mind into something – that is crunching into the most beautiful apple (and the only one!)  in the apple tree – he’s determined to make it happen! But Toto doesn’t seem to be lucky today. That is until Didi, a little girl, arrives to snap the apple. But Toto has not said his last word! Other title in the series: Tata wants Toto. View here the other titles by Mathieu Lavoie